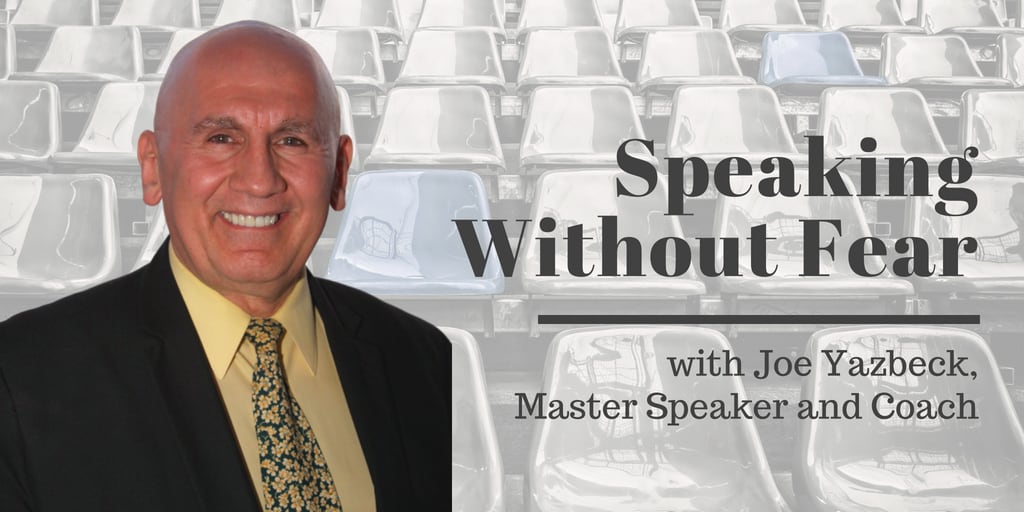 Here to encourage, enlighten, and empower you to improve your communication to create positive change is Joe Yazbeck, master speaker and coach.  In this rich interview, we’ll discuss:

If you’re in business, you should be speaking.  Don’t let fear of using your own voice and not knowing what to say cripple your impact and prevent you from building a life and business you love.  Instead, recognize the power of this essential skill and say yes to mastering speaking, so you can expand your relationships and grow your business.

Where Speaking Fits into the Cash Flow System

Developing your speaking and communications skills is part of your Mindset in Stage 1, as well as your Unique Ability Investing and Legacy Creation in Stage 3 of the Survival to Significance Cash Flow System.

It’s one of the most powerful ways to invest in yourself and your personal and professional development.

In growing your business, speaking is a fundamental skill you can’t ignore or outsource.

As you develop your skills, you become a more successful, effective, and impactful person that is capable of building a self-sustaining business through relationships and teams.

The things you want are not really what you want.  What you want is to be the person who creates, expresses, or experiences those things. – Steve D’Annunzio, Mission-Driven Advisor

Who Is Joe Yazbeck?

As the Founder and President of Prestige Leadership Advisors, his mission is to facilitate leaders in becoming dynamic, powerful communicators, so they can significantly influence the world around them. Joe has worked with heads of state and leaders of major corporations, as well as high-ranking military officers, political candidates, and best-selling authors.

Joe is a highly-sought-after leadership and communications coach. Government and business leaders around the globe seek his counsel and company’s services at critical times such as PR, launching a brand, strategic direction, media training, speaking to government committees, winning a political campaign, creating a successful exit strategy, leadership development, etc.

Joe has also authored a companion book by the same title, No Fear Speaking: High Impact Presentation Skills and Public Speaking Secrets to Inspire and Influence Any Audience, an Amazon bestseller.

Joe is passionate about helping you become a highly respected and widely recognized leader in your industry.  He has developed workshops, one-on-one coaching, online training, and customized corporate training programs to help leaders do just that.

Speaking Is Showing up as You Are

Joe Yazbeck: [9:45] The messaging has to come from the person himself or herself and be embedded in who they are. It can’t be something synthetic.

In my book No Fear Speaking, the chapter on authentic versus synthetic speaking will tell you that great speaking isn’t adding anything. It’s who you are that needs to show up.

People will respect you and be attracted to your message because you are showing up delivering it, along with all the qualities that make up who you are.

I’ve seen too many false approaches to training speakers where they’re involved in doing something synthetic, made up, or stereotypical.

[11:00] They’re happy because they don’t have to be anything but themselves.

Leadership Is Inspiring People to Action

Joe Yazbeck: [11:45] Leadership is the outcome of what you’re doing. If you’ve created an outcome, or you’ve got people rallying to some purposeful objective, and they’re getting it done. That’s it. Leadership.

Leadership has some strange connotations because of what we’ve seen, whether through movies or television. Leadership is a communication ability and skill, particularly in front of an audience.  It’s not saying, “rah rah!”

I’m not really in favor of supporting cheerleader-type speakers, as people walk out of that audience and they don’t have tools they can work with.

Afterward, they feel better. It’s instant gratification. They say, “Wow!  Wasn’t that awesome? But did I learn anything? Can I apply anything? And will I get results right now?”

Lack of Knowledge and Preparation Causes the Fear of Speaking

Joe Yazbeck: [16:50] If I were given a choice to lose something important or change the engine of my car, I’d be afraid to replace the engine in my car because I don’t know how.  I’m not prepared. I don’t have the experience of changing the engine in my car. I could probably change the oil in my car, but I probably have some trepidation about it whether I’m doing it right in the right sequence. It’s about know-how.

Just because you’re standing up in front of an audience doesn’t mean that you’re going to do it with confidence and bravura, unless you have the know-how. Unless you’re trained, prepared, and organized. That’s a good chunk of the battle right there.

Are you prepared to create and structure a presentation? Do you know what the ingredients are?

You Must First Be Willing to Improve

If you don’t have the willingness, you’re not going to gain the third, which is (3) know-how. People can bring me their willingness and their ability, and I work with the know-how….

How many bodies could you have sitting in chairs in front of you without getting disturbed?

I don’t even have to say a word yet. Am I willing to experience that?

Talk to a Person, Not to a Group

Joe Yazbeck: [24:00] Get yourself in front of them so that you’re having a conversation with your audience like it’s one-on-one. That’s another major principle.

You can’t really talk to a group. Have you ever heard people talking to groups?  They talk like this: “LAAA-DIES and GEN-TLE-MENNNN!!” It’s like you’re being talked at. Nobody’s going to listen.

For example, Franklin Delano Roosevelt did not do that. He talked to you like you were a person. He had his famous fireside chats during World War II when all you had was radio.  People peeled their ears to that radio, and everybody in the family surrounded just get the news of the war and how things were going.  He talked to them like he was grandpa and you’re sitting on grandpa’s lap. That’s how intimate and personal he was.

That’s what I tell speakers to do. If you’ve got 5000 people in an audience, talk to one person, and every single one of them will get the feeling that you’re talking to them individually.

Joe Yazbeck: [25:47] You can even go further by making that audience feel like they are a part.  They’re being participants, not spectators. The worst thing in the world is spectatorism in an audience.

Get the audience involved.

How to Move Listeners to Action

Joe Yazbeck: [30:30] What we are trying to do with an audience as a leader, is not only impinge on them so they’re looking at the present problem, but you’re also giving them a sense of hope and help at the call to action.

They realize you’re offering a solution to a problem here. This is why it’s so necessary … to convert those attendees into clients. You’re moving them to a call to action, to take the next step, and then offering them your solution.  That’s leadership right there. You’re speaking to get more business, increase revenue, and expand your business with more clientele.

Joe Yazbeck: [32:55] The next step is the consequences of doing nothing.  What’s going to happen if you do nothing?

Joe Yazbeck: [33:24] You need to get people to be aware of the consequence or the ripple effect if they should do nothing or take no action.

The next step is the benefit of taking action. Enlighten the audience on your solution. Give them the reasons why they should make an improvement or a change. Then the light bulb goes off.

Then give them examples of why and what you do.  Don’t get in too much of the how, because that’s what you want them to come to see you for. Then you tell them here’s my call to action.

Joe Yazbeck: [34:54] That call to action is always an instruction to tell them what to do next.

Joe Yazbeck: [36:09] You have to be very audience-focused. And I referred to this as part of the very first chapter of my book: it’s the APP.

Know your audience. That’s A.

Then, what’s the product of your presentation? What is what is the outcome? What is that presentation resulting in?

But the audience is number one. It’s not about you. You have to be so prepared to deliver what that audience needs and wants. You have to know the problems they’re facing.

The Three Connections Every Speaker Needs

Joe Yazbeck: [38:00] The next connection is speaker to audience. You have to like your audience, you have to admire them. Find something about your audience that you have an affinity for, that you’re really interested in. You genuinely want to feel that you want to help them. That’s the connection there. They pick that up.

Number three is the connection of the message to your audience.

Why Memorization Is a Destroyer

Joe Yazbeck: [43:02] Do not memorize a presentation. It’s going to kill you. I do not train via script. I am completely unscripted with my speakers. Instead, I want them unscripted, which means you must know what you’re going to say next. Having a command card is okay … Then talk about what you know.

Otherwise, you’re having to think.  Thinking is a destroyer in public speaking because when you’re thinking, you’re looking inwards.

Thinking is introverted. When you’re introverted, you’re not creating space.

You want to extend your space way out, and you want your audience included in that space.

An extroverted personality is natural, expressive, effortless, and looking.

You can find and follow Joe’s work at https://www.nofearspeaking.com or http://prestigeleader.com.

Get a copy of his book, No Fear Speaking.

If you would like to take the step to become a better leader and influencer, to increase your impact and make a greater difference in the world, get the 30 No Fear Speaking Tips and request a complimentary consultation.

Embrace Your Time and Money Freedom

If you would like to create a comprehensive strategy to keep and control more of the money you already make and turn it into cash flow, book a strategy call to find out the one thing you should be doing today to optimize your personal economy and accelerate time and money freedom.

Success leaves clues.  Model the successful few, not the crowd, and build a life and business you love.

Rachel Marshall is the Co-Founder and Chief Financial Educator of The Money Advantage. She is known for making money simple, fun, and doable. Rachel helps her clients create time and money freedom with cash flow strategies, Privatized Banking, and alternative investments. Rachel is the co-host of The Money Advantage podcast, the popular business and personal finance show. She teaches how to keep more of the money you make, protect it, and turn it into cash-flowing assets. 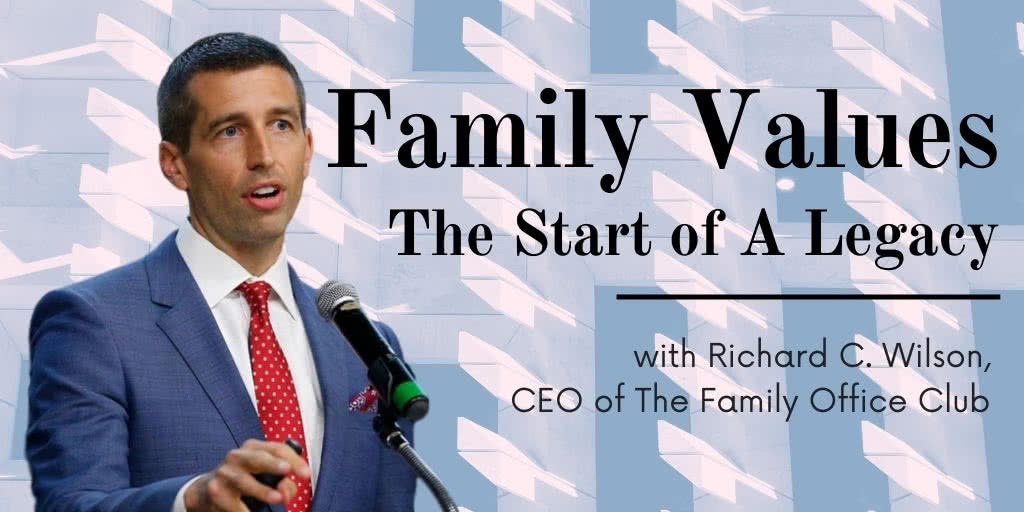 Family Values: The Starting Point of a Legacy, with Richard Wilson 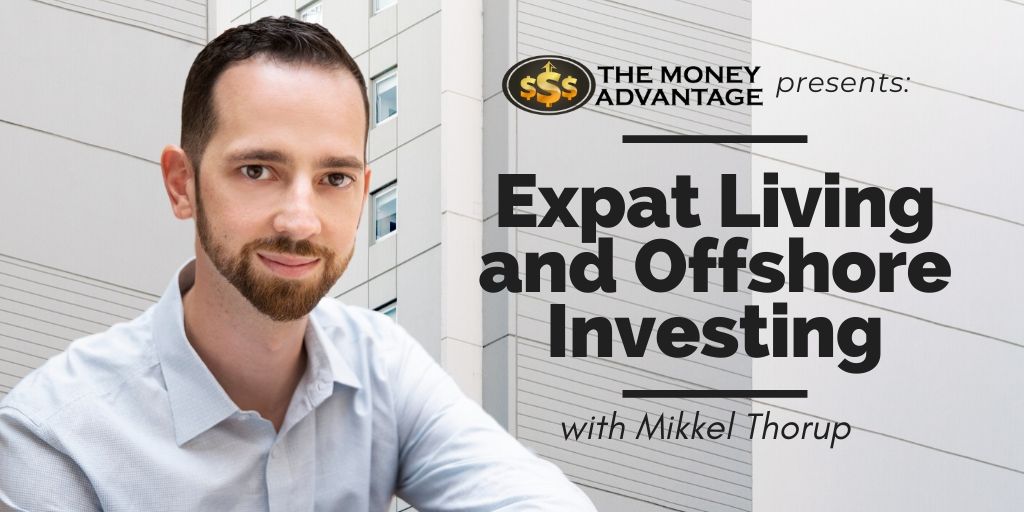 Have you considered investing offshore, or even becoming an expat and living abroad?  Today, we’re talking with Mikkel Thorup, of The Escape Artist, about how to have more travel, freedom, and control.  So if you want to travel and live overseas, invest internationally, shrink taxes and grow your wealth, tune in now! In this episode,…

This site uses Akismet to reduce spam. Learn how your comment data is processed.