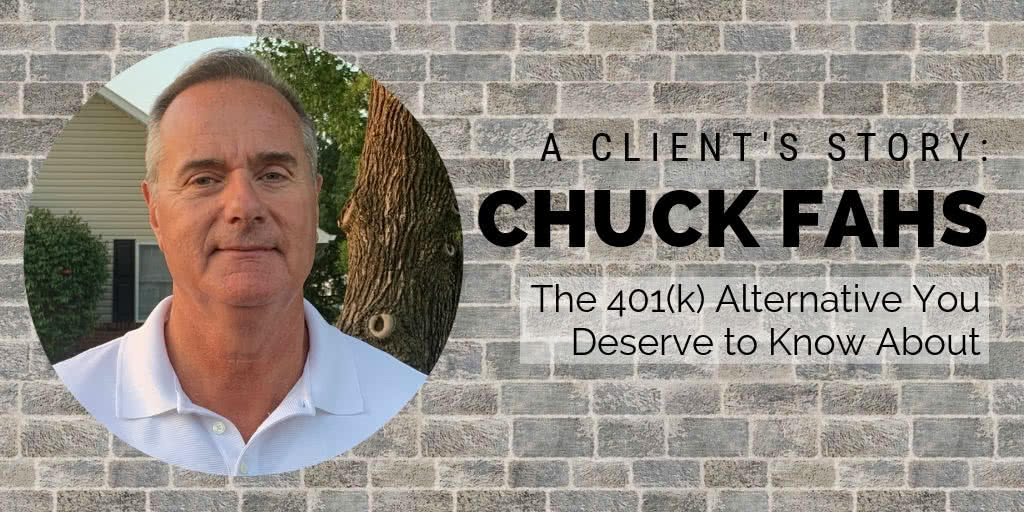 The 401k Alternative You Deserve to Know About – A Client’s Story, Chuck Fahs

Where Does Privatized Banking Fit into the Cash Flow System?

Privatized Banking is one of the most important parts of your entire Cash Flow System.  However, it’s just one step in the bigger journey to time and money freedom.  You need all the pieces in place to produce wealth systematically.

The first stage is the foundation. You keep more of the money you make by fixing money leaks, becoming more efficient and profitable. Then, you protect your money with insurance and legal protection. Finally, you put your money to work, increasing your income with cash-flowing assets.

Chuck Fahs describes himself as an “Average Joe,” a “normal person.”  He’s a mid-level exec in the packaging business.  At 58 years old, he’s been married for the last 34 years, and has three adult sons and two grandchildren.

Before he learned about Privatized Banking as a 401k alternative, there were a few things that were important to Chuck.  He wanted to get the boys through college with minimal to no debt and have great family vacations to experience the joys that life has to offer.

He accomplished both goals.

Other than that, he just put away as much as he could and hoped to have enough when he wanted to retire.

To that end, Chuck had a good foundation of savings habits.  He was a disciplined saver throughout his working career.

The tool he knew to use to accomplish this was 401k plans, so that became his retirement plan.  He was dedicated, contributing to his 401(k) for most of his life, and even prided himself in never dipping into it along the way.

Introduction to a 401k alternative

As he was pursuing setting up a trust, Chuck was introduced to the Infinite Banking concept.  It was intriguing to him, but he wanted to know more.

Because Chuck has always been a learner, pursuing knowledge and education to make the best decisions, he doesn’t make big decisions on a whim.

The way he saw it, he was going to put his money into equities through his 401k or into Privatized Banking.  If he was going to make a change from what he was already doing, he needed a good reason.

He proceeded to do extensive research to understand more.  He read Nelson Nash’s book, Becoming Your Own Banker, along with other books and magazines, and listened to podcasts.  And he even attended a seminar about Infinite Banking put on by Bob Murphy and Carlos Lara.

Weighing the benefits of each, he fully grasped that using Privatized Banking was a better way.  That caused him to shift from contributing to 401k plans to funding a high cash value insurance policy instead.

Chuck’s money was no longer tax-deferred, so he wouldn’t pay tax in the future.

He gained the ability to borrow against his cash value and still get paid interest and dividends on that money, essentially getting access to interest-free loans.  Compared to the 401k, he’s getting uninterrupted compound growth vs. a 10% penalty if he took his money out early.

On top of that, the same money is also creating a death benefit too.  Now Chuck can get his money working harder and producing income by investing in cash-flowing assets.

Chuck now owns multiple whole life insurance policies, including policies on his grandchildren.  He’s used his cash value to purchase a cash-flowing turnkey rental property and is planning to buy another property soon.

With his money diversified into life insurance and real estate, he’s hedging against systemic risk in the stock market.

Today, Chuck’s financial goals are more robust than ever.

He wants to do anything he can to help his kids and grandkids and give them the best opportunity to have the best financial lives they can.

But more than just giving money, he wants to impart wisdom.  Chuck desires to pass along assets, as well as financial literacy to continue to build assets.

As Chuck is learning and taking control of his financial life, he’s teaching his kids right alongside him.  Most of all, he wants to teach them to be teachable.

What Chuck Wishes He Knew Earlier

Chuck will tell you now what he wishes he knew earlier.  While the 401k served him well for a time, he discovered that there were far greater benefits if he used a high cash value whole life insurance policy instead.

Looking back, he says that the vast majority of Americans are indoctrinated to contribute to a 401k and rely on it.  But he says, that’s shortsighted.  The only reason Chuck didn’t use a 401k alternative earlier was that he assumed a 401k was the only way to invest for retirement.  No one mentioned it to him, and he didn’t know there was another way.

Chuck says that you shouldn’t rely on doing things the way they’ve always been done, because that doesn’t mean it’s the right way.

He urges others to think outside the box, educate yourself, and gain control of your financial future.

Your Next Step to Gain Control, Build Wealth and Protect Your Family

You’ll find out the one thing that you need to be doing right now to accelerate your path to financial freedom. 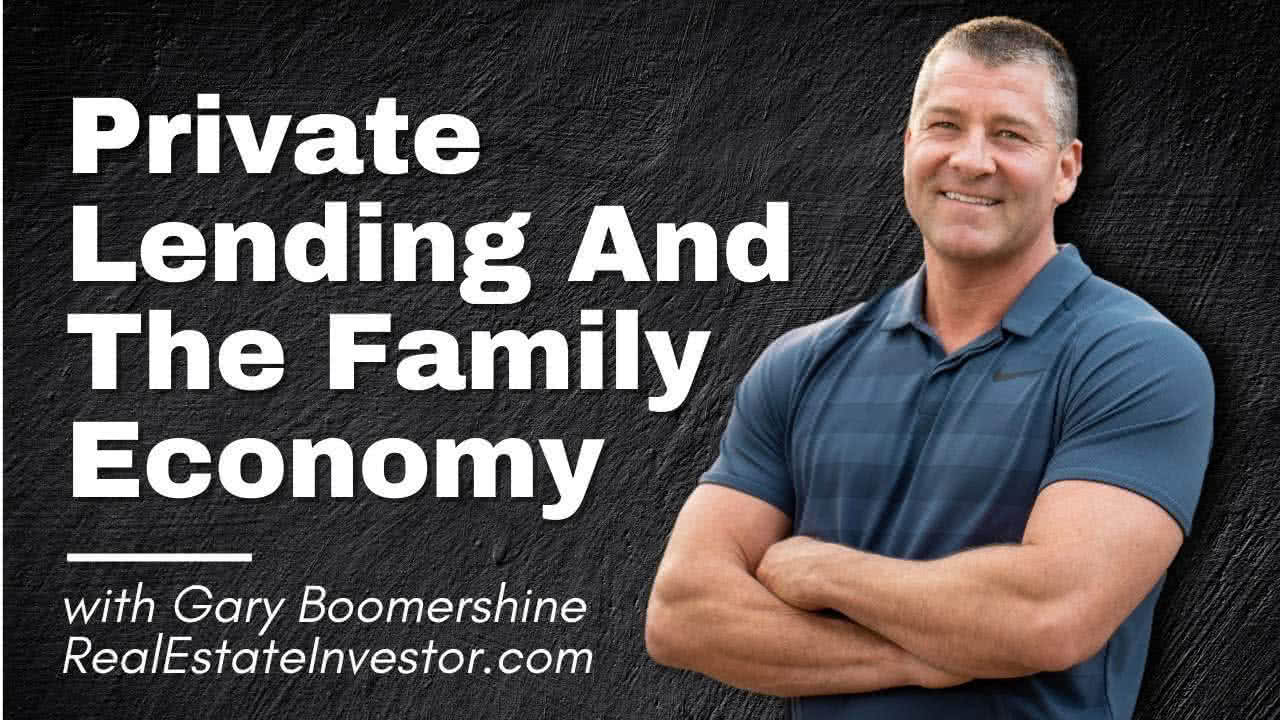 Want to raise children with responsibility and teach them how to become contributors? Looking for ways to make your capital work harder? Today, we’re talking with Gary Boomershine, CEO of RealEstateInvestor.com about creating a family economy and private lending for real estate. If you’re an investor or business owner who wants to create the life… 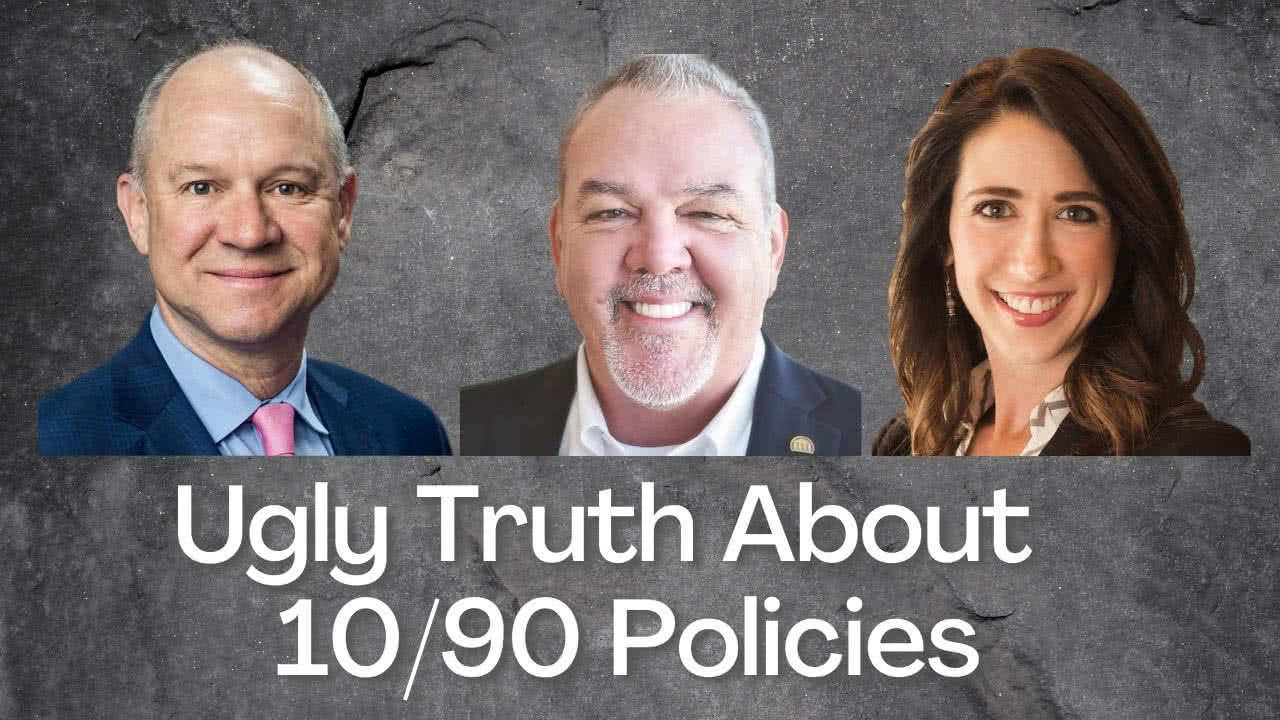 Want maximum immediate liquidity with an IBC policy? Planning to fund a 10/90 infinite banking policy and then take max loans to fund real estate? Are these double-dipping returns too good to be true? STOP. Listen to this first. The allure of making an IBC policy better than even the creator of the term IBC…